Architecture in Film: A Look at Oscars Past

With the Oscars celebrating its 90th awards ceremony this weekend, we feel the pressure to catch up on the nominated films as we all turn our eyes toward Hollywood.

What makes a good movie - at least, what makes an award-winning movie - is more than just the actors and actresses that comprise it. That much is evident in the other, possibly lesser-known categories up for grabs - Makeup and Hairstyling, Costume Design, Sound Mixing, and Production Design. Everything you see and hear in a movie has been purposely designed by masters in their craft.

Architecture certainly plays a role in film, whether it merely sets the stage or stands front and center. Imagine a scene without dialog; what are you able to discern from the buildings? Region, class, and time can be fully executed just by the architecture. Take this year's Best Picture nominee, Get Out, for example:

And compare it to Best Supporting Actor nominee William Dafoe's The Florida Project:

Without spoiling either movie, you already have a sense of the socioeconomics addressed in both.

Let's take a look at some previous Oscar-winning films and discuss how architecture helped shape the iconic films.

Architecture as a Supporting Role

Gone with the Wind, 8 Oscars awarded.

One can't think of Gone with the Wind and not have Tara come to mind - the building is so important it has its own name. Besides providing a beautiful backdrop and connecting viewers to a specific time and place (the antebellum South), Tara serves as a supporting actress to the main character, Scarlett O'Hara.

Not only is it something that Scarlett loves, protects, and clings to like an extended family member, but Tara serves as a reflection of the hardships she endures throughout the film. As Scarlett's idealic image of the South erodes, so does Tara. Tara is a constant reminder of her previous life; when Scarlett leaves Tara, she is no longer the person she once was - and neither is her home.

Architecture as a Time Machine

How does a film set in present-day Los Angeles bring you back to old Hollywood? Certainly La La Land's nominations for musical score, costume design, and cinematography had something to do with it. In addition, the careful framing and manipulation of the architecture made it reminiscent of a song and dance film of yore.

The 115-year-old funicular railway in downtown L.A. doesn't even run anymore - not that you'd know that when watching this film.

Two notable buildings used in the film include the iconic jazz nightclub Lighthouse Cafe and the Griffith Observatory. The 50-plus year-old nightclub is actually in Hermosa Beach, but it brought the first images of Los Angeles - with its sweeping panoramas of the 101 and 405 freeways - down to a much more intimate, timeless setting.

The historic Griffith Observatory was recently restored and modernized, but production designer David Wasco recreated the building to give it a more classic look. “We heightened all Art Deco elements that were in the original design," said Wasco. "We actually went above and beyond.”

Architecture as a Prop

Whereas architecture can set the stage for film, Chicago's featured architecture is the stage. Whenever the film segues into a musical number (with the help of bandleader Taye Diggs), the characters are magically transported to a theatre stage. The use of the stage is also a reference to the original Broadway musical. This intention of using the stage sets it apart from other notable musicals-to-film like The Phantom of the Opera or Bye Bye Birdie.

Architecture as a Reference

Lord of the Rings, 11 Oscars awarded

We've established how architecture can place a film in a specific era or place, but what happens when the location isn't real? Lord of the Rings uses recognizable characterists of architecture to bring meaning to a fictional place. Each region, like any real country, has distinguished and identifiable architecture.

Art Nouveau is strongly represented in Rivendell with its whimsical curves, ironwork, and glass. It's all very ethereal, soft, and floral - quite like what you'd expect from the elves.

Gondor, in contrast, is more masculine with a heavy reliance on Greek and Romanesque architecture, thereby suitable for the Men of Middle Earth.

The hobbit holes stand in stark contrast to the others, both in personality and building materials.

J R R Tolkien describes it best: "In a hole in the ground there lived a hobbit. Not a nasty, dirty, wet hole, filled with the ends of worms and an oozy smell, nor yet a dry, bare, sandy hole with nothing in it to sit down on or to eat: it was a hobbit-hole and that meant comfort." The use of organic materials reflects the peacefulness and earthiness of the hobbits.

No matter what your favorite genre may be, architecture is present in most every movie, helping to push a film's intention forward (one could say the lack of architecture also adds to a film's vision, like in Mad Max). We encourage you to not only watch this year's nominees, but to pay special attention to the architecture featured in each. The 2018 Oscars will take place Sunday, March 4, 2018 beginning at 5PM on ABC.

Pen & Paper: Hand drawing and its current role in the world of architecture.

You want to do what? GREAT! How can HoyStarkHagan help?...or: How to prepare for your first meeting

How to be More Productive and Engaging: 9 Apps Every Architect Needs 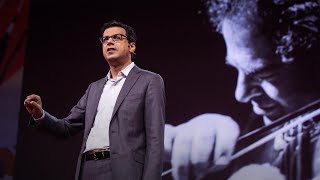 Books That Helped Me Get Through Architecture School

10 Podcasts You Needed to Add to Your Feed Yesterday

What does an architect do all day?